Hello on the 27th day of the Vegan Month of Food and the sixth day of my Parks and Recreation theme week! I'm also pretty excited because this is my 100th post! (I would have hit this milestone sooner had I not deleted my first several posts, including those of Vegan MoFo 2010, but ah well...) 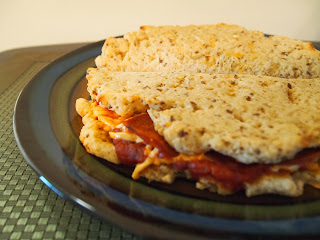 In "The Comeback Kid" (season 4, episode 11), Ben, having resigned from his job as assistant city manager, has been keeping himself occupied by shooting a (very short) claymation video and learning to make calzones. (Leslie and the rest of the parks department have been planning a comeback for her city council campaign, but when everything goes wrong, she decides to hire Ben as her campaign manager.) 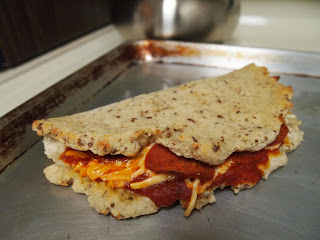 Chris: So, Ben, why calzones?
Ben: Glad you asked, Chris. You know, there's fast-food hamburgers, there's fast-food Mexican, there's fast-food Chinese, blah, blah, blah. Have you ever wondered why there isn't a fast-food option for Italian food?
Chris: What about pizza?
Ben: "Pizza? Never heard of it!" That's what people will be saying in 20 years because pizza is old news, Chris. Pizza is your grandfather's calzone.
Chris: I never thought of it that way.
Ben: What I'm talking about is a portable, delicious meal that is its own container. It's a whole new spin on Italian fast, casual dining.
Chris: Amazing!
Ben: Now, you of all people will like this: I'm going to use low-fat ingredients.
Chris: Game-changer!
Ben: And I will call my new Italian fast casual eatery the Low-Cal Calzone Zone.
Chris: That idea is literally the greatest idea I have ever heard in my life.
Chris (to camera): That idea is terrible. 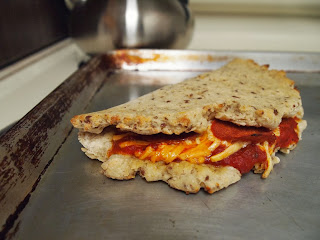 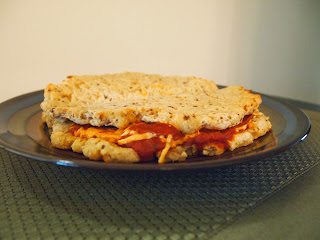 Directions:
(Preheat oven to 425°F.) Combine yeast and water in a large bowl; let stand a few minutes. Add the flaxseed meal and olive oil, stir. Add the pizza crust mix; stir until combined. Split dough in half, leave in bowl, covered for 20 minutes so it can rise. To make two calzones, take one of the doughs, split it in half, and spread out two round crusts on the greased baking tray. Bake for 7 minutes without toppings. (Store second unused dough, wrapped in plastic wrap, in the fridge.) Remove from oven, add tomato sauce to one half of each crust, then Daiya and vegan pepperoni on top.* Fold the empty half over to cover the toppings. Crimp the edges closed with a fork (if possible; wasn't for me, oops!). Add a bit of olive oil atop the calzones and make a few small cuts in the top, then bake for 9 minutes. Remove from oven and let cool; the calzones will be much hotter than a pizza. Serve and enjoy!

*To use up some leftovers, I (over)filled one of the calzones with some chopped yellow onion and Boca chick'n instead of pepperoni. 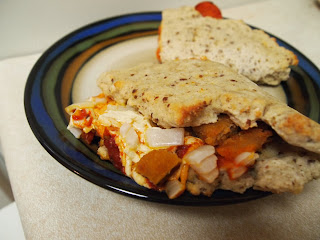 This was my first time making calzones, and while they were messy (and I was unable to get them fully closed), they were still delicious. I think it would be fun to experiment with different fillings (the two versions I made were both great), but all in all, I'm more of a pizza person. Sorry, Ben! 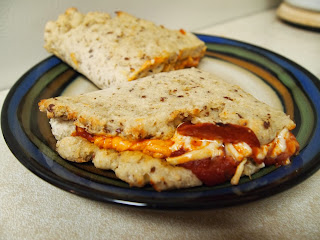 Bonus quotes from the episode:

Leslie (to her former campaign managers): I just had a big meeting with my new advisory board, and they are brilliant and amazing. They're real killers.
Andy (in background): Leslie? I tried to make ramen in the coffee pot, and I broke everything.
Leslie: Thank you, Andy; I'll be right in.

In other vegan news, today is Hug a Vegan Day! So here's a big hug for all my vegan readers and fellow bloggers! 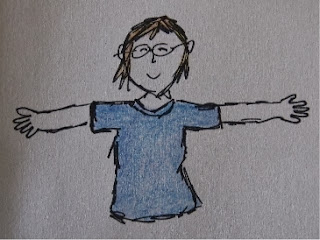 Mystery, however, is rather skeptical of all this hugging going on... 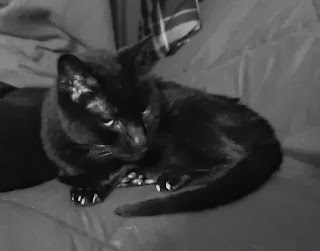 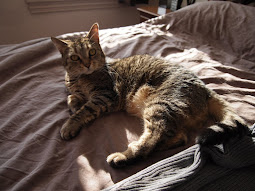 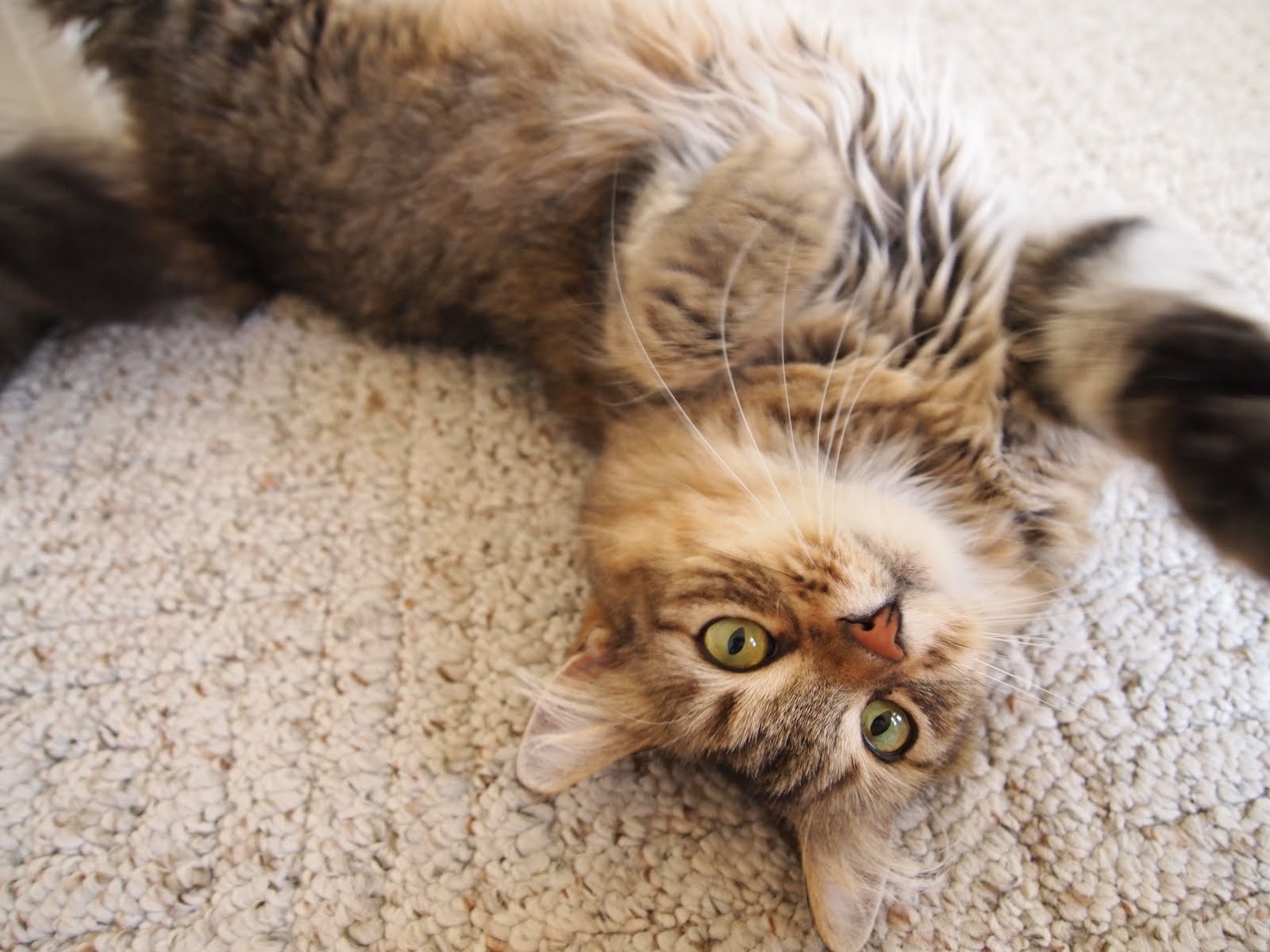 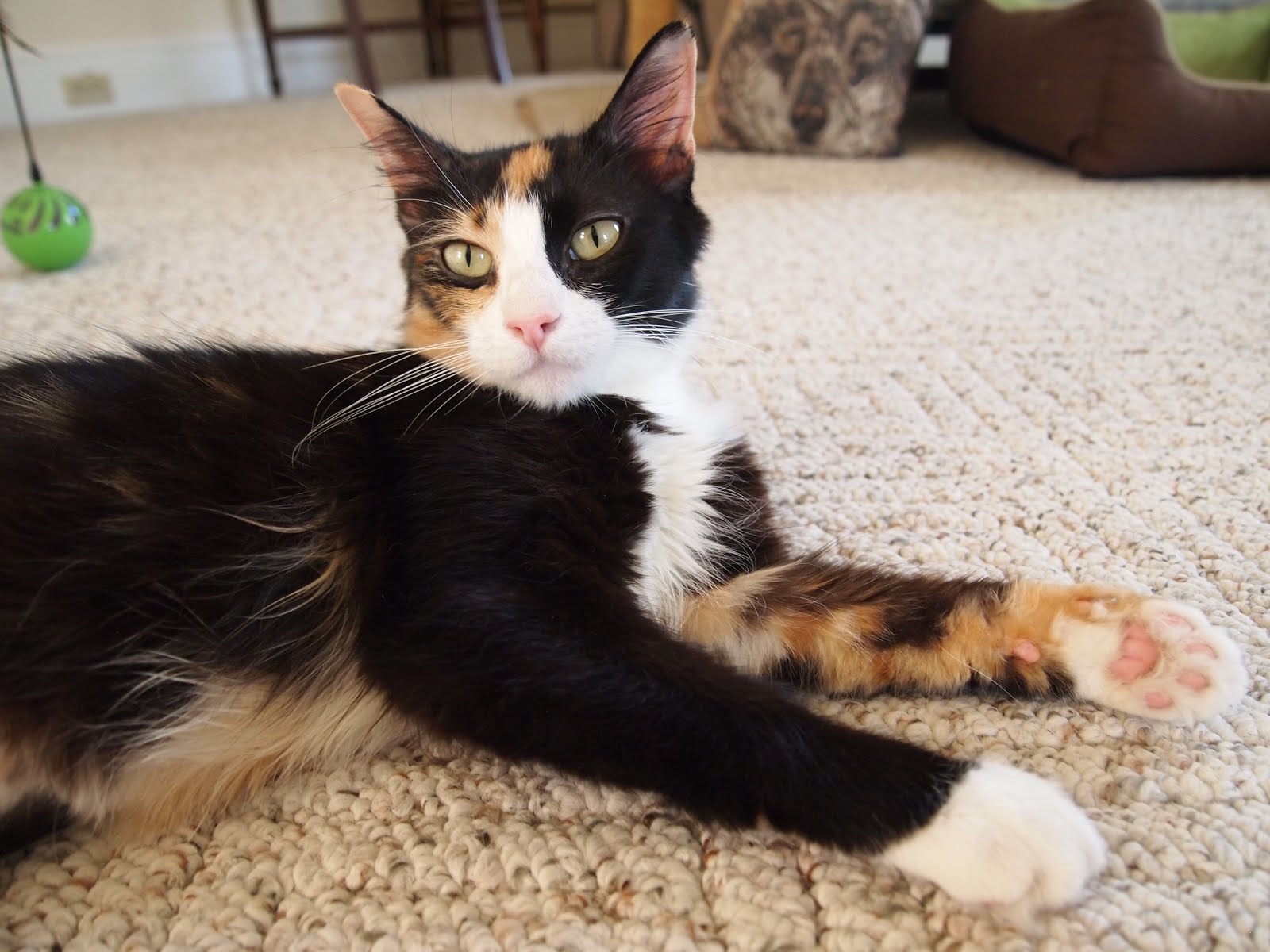 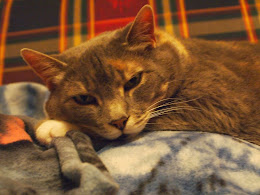 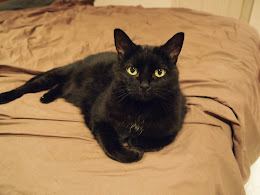 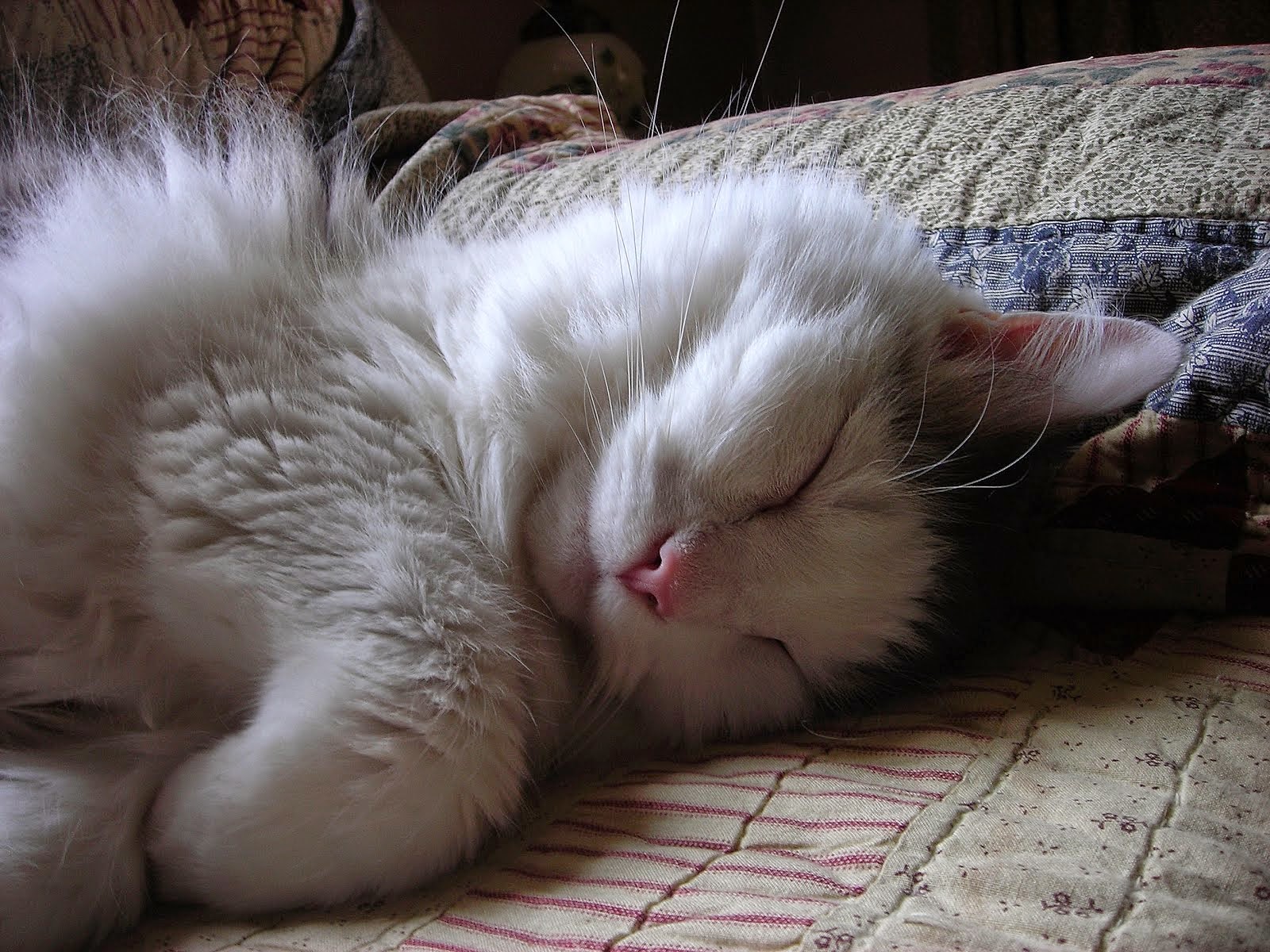 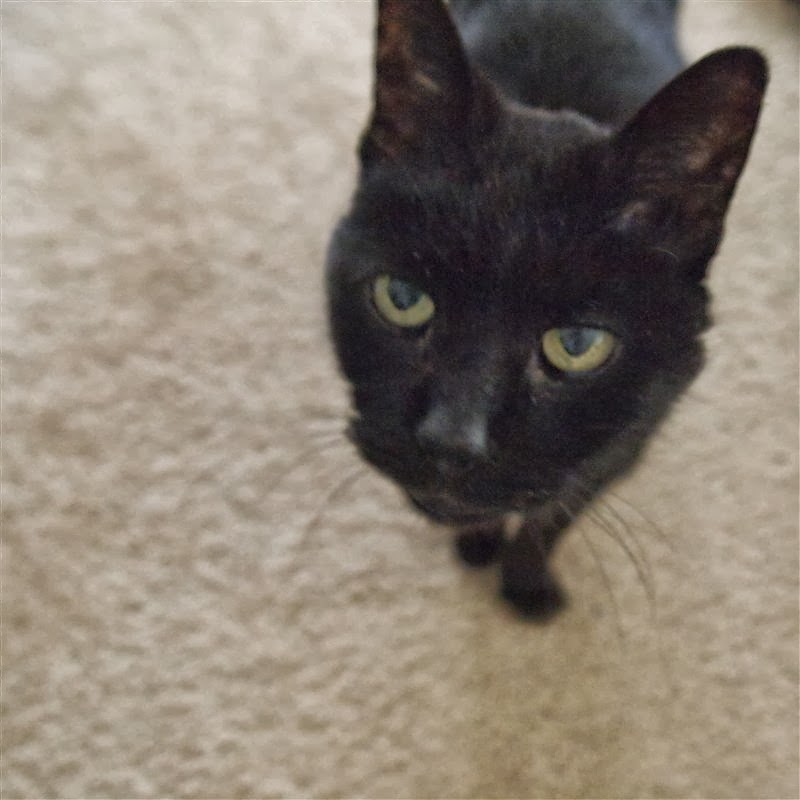